The tall dark shadows of lust cover my being,
I am used and thrown like a thing.
They pull me by my hair, and push me onto a chair,
They hurt my body, they hurt my soul but why would you care?
I cry, I shout and I beg on my knees,
But you forget my pain with ease.
They buy, they sell, and they treat me like hell,
But you have turned a deaf ear to my yell.
Will my tormenters face the gallows?
Look how they have pulled me into never ending lows……… 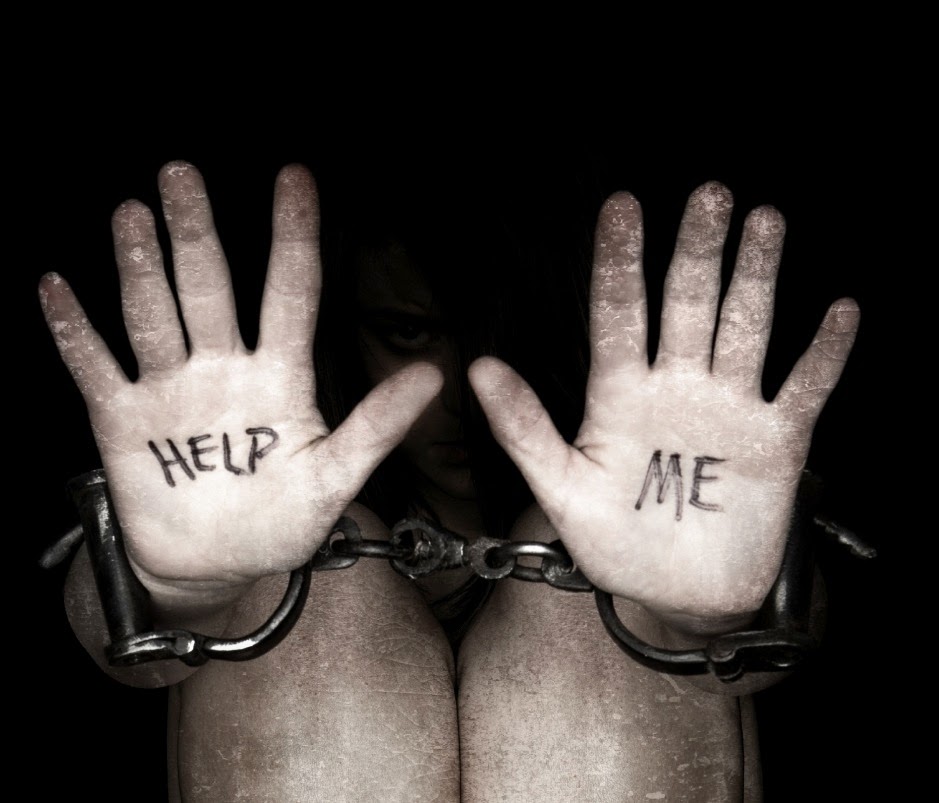 The old fashioned wall clock struck two; still Minu was struggling to get some sleep.  She was barely fourteen, yet she was insomniac. The rehabilitation centre was way more comfortable compared to the kind of living she was used to. Yet the uncomfortable thoughts that were nesting in her mind, transformed her to a shadow of herself. She was scared of the images that return to her as soon as she closes her eyes. It was safer to stay awake. She looked at the cobwebs on the wall with dark questioning eyes and felt like the little trapped insect.  Unknowingly like it happens every night, her thoughts travelled six months down the lane. She was a different Minu then.

In a beautiful village in North East India, Minu led a peaceful life with her father, mother and little brother. Life was tough, yet living was worth it. They knew to derive happiness out of daily hardships. The fairy land like village gave Minu her fairy tale love, through Rajan. She met him in school and sparks flew. Life was bliss, when Rajan and Minu walked hand in hand with the Tista flowing by their side in full glory. Going to bed without food in her stomach seemed easier than to pass one day without seeing Rajan.
Minu’s young and innocent mind, couldn’t read Rajan’s dirty intentions. He persuaded Minu to come to see him in Mumbai so that they could start their journey together.

It was midday, when Minu’s train reached Mumbai Central station. She couldn’t believe her own eyes; the beautiful sparsely populated village was replaced by a menacing city. The whole world seemed upside down for her. She cautiously made her way through the roaring crowd, tightly holding on to her belongings. Suddenly a guy approached her from nowhere, and introduced him as Rajan’s friend. 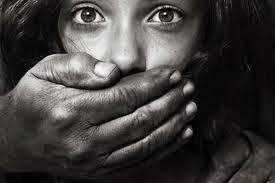 It was dark all around, her torn clothes and bruised body was more comfortable in the pitch darkness than light. She was scared of facing her own image. Suddenly the door opened and Minu who could barely open her eyes then, saw a man paying some money to Rajan’s friend and entering the room in shaky steps. She knew what was next. This torture was going on for a few days then. An animal would come and tear her to pieces and before she collects herself, the next one would knock at the door. But as they say when it’s darkest in the night, the light is nearby. That morning the guy forgot to close the door behind him. Even Minu doesn’t know where from she gathered the energy and courage to run out of that dungeon and face the big bad world.

A traffic policeman had taken shattered and trembling Minu to the police station. After spending fifteen days in the hospital Minu’s physical injuries were healed but the injuries inside were deeper and no medicine could heal it. The haunting memories would live inside Minu forever and torment her from time to time. But at least she was safe; the cruel claws could scratch her bare body no more. But the sound of the silent pain inside her being will stay forever and ever.

There are many Minus’ around us, but in our busy schedule and deadlines, their cries do not reach us. But we all as humans should do what it takes to reduce and finally eradicate this epidemic called human trafficking.

As the raindrops fall on the roof of my cottage in the darkness of the night
As the distance sounds of unknown animals reach my ear
As I watch the mysterious mist engulf the air making it heavy
An un-described feeling of thrill runs down my spine!!!!

The 15th August long weekend was approaching and entire Mumbai wanted to make use of it, we as usual came to senses after all hotels had the no vacancy board hanging. I wanted to go to Bhandardhara which is believed to be one of the most beautiful getaways near Mumbai, but unfortunately there was no hotel available. So we booked a cottage in Matheran for the weekend. My Mom was with us, so it was important to plan the weekend in the best possible manner.

The drive from Mumbai to Matheran was relaxing, green mountains, mysterious fog and occasional downpour greeted us with open arms. Mumbai besides its busy, panting life is actually beautiful. While the Arabian Sea kisses the city land, the greenery and beauty of the embraces it from the other end. 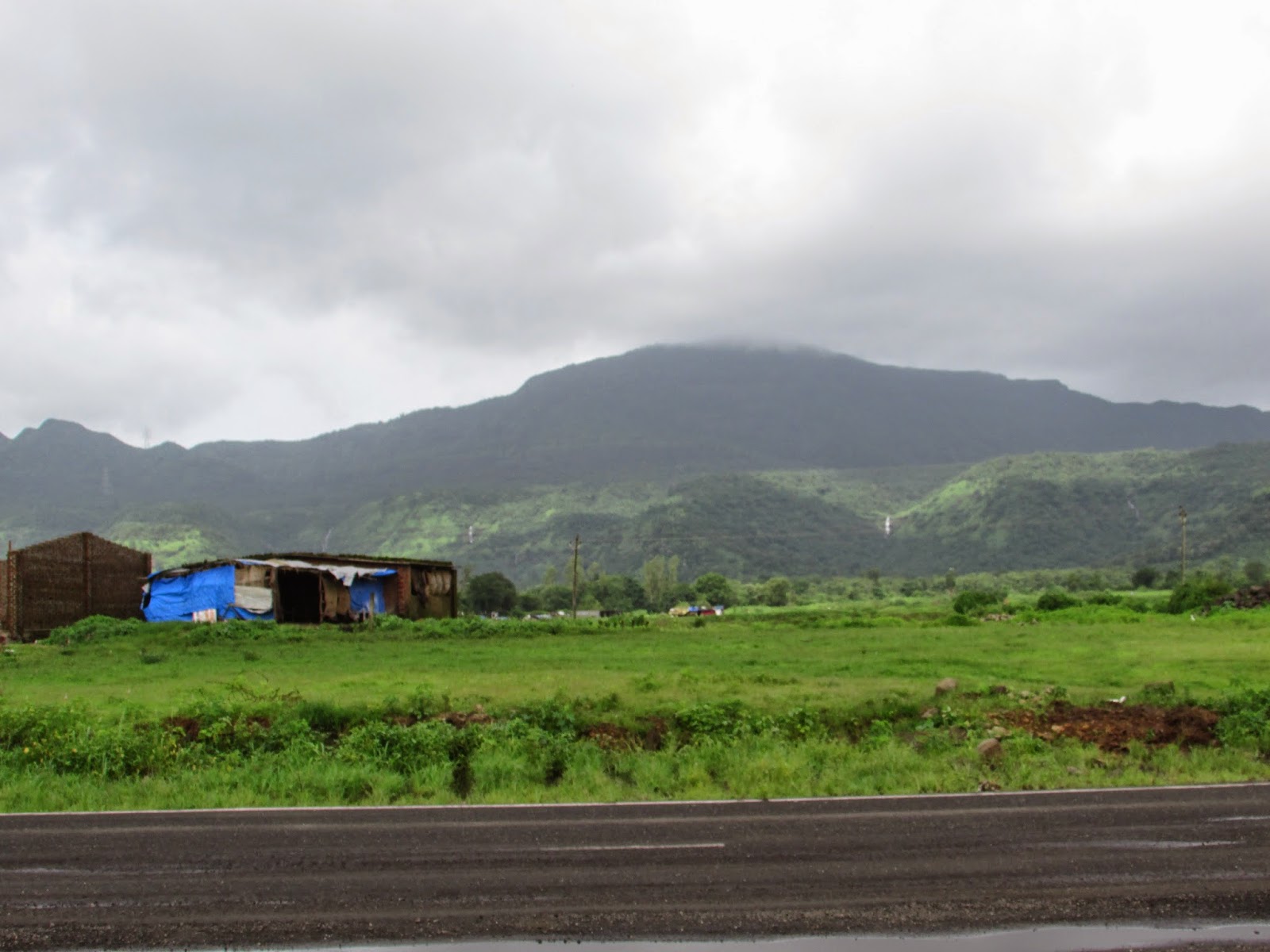 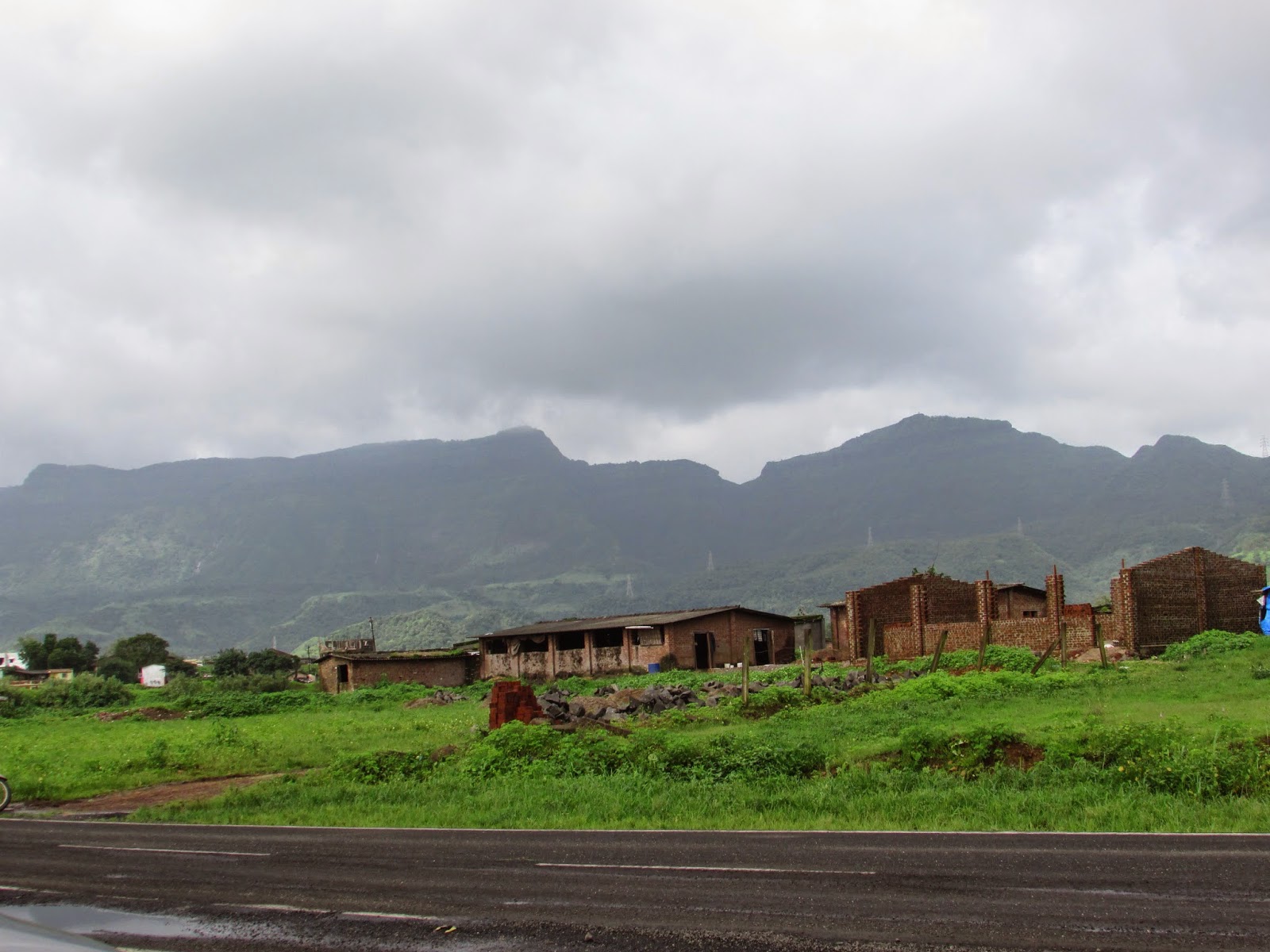 As we approached Neral, we were a bit surprised to see drivers asking to lend their skills, for the drive till Dasturi point. However with slight reluctance we decided to continue with our journey on our own. As soon as the car started to make its way up the winding mountain roads, we realised the drive would be a tough one. Narrow stony mountain roads, unexpected twists and turns and vehicles at high speed coming from up hill made the journey no less than a nerve wrecking roller coaster ride. Avishek's commendable driving skills helped us pull through. However the surrounding landscape was jaw dropping and was worth taking the risk and pain. 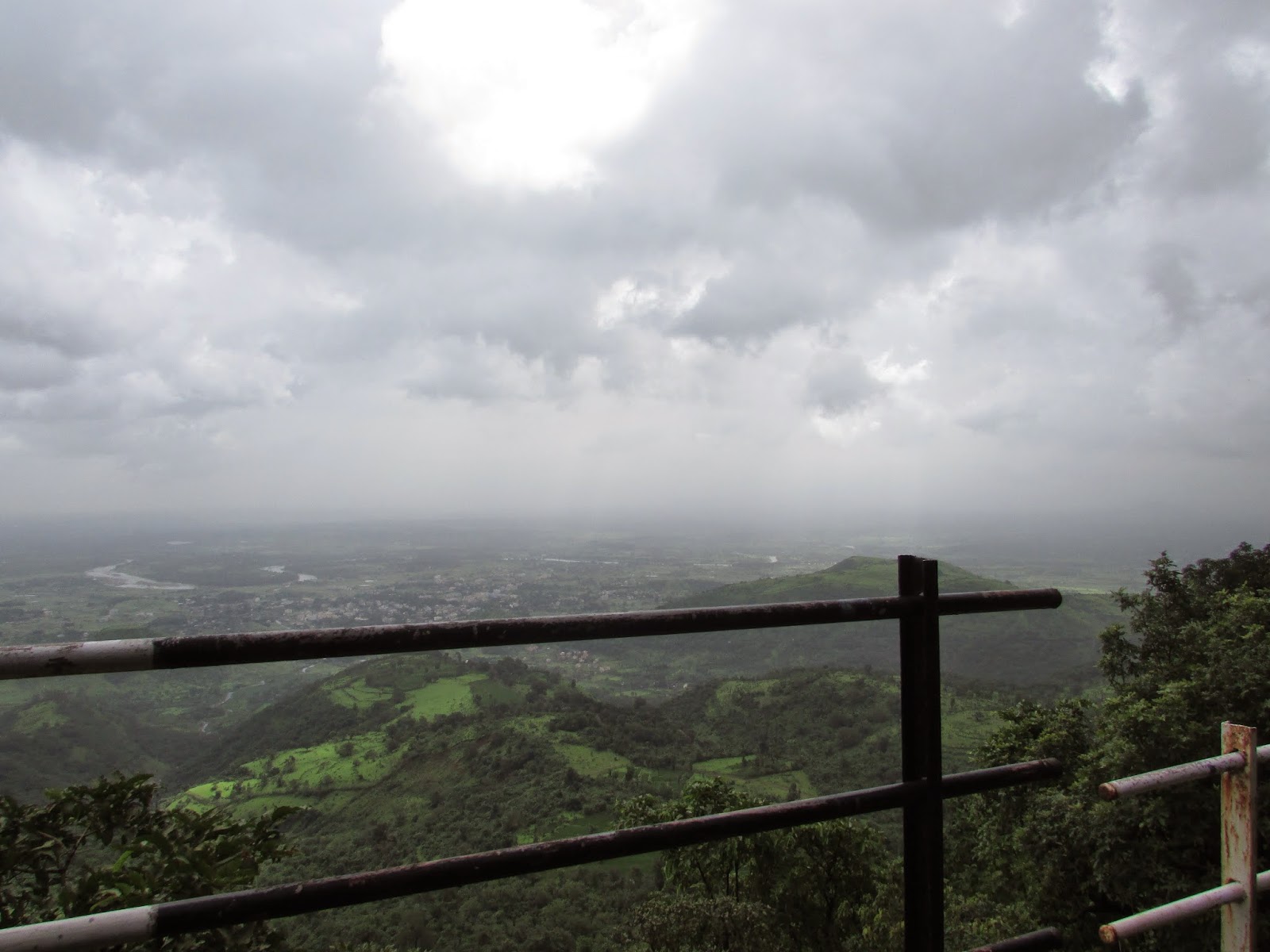 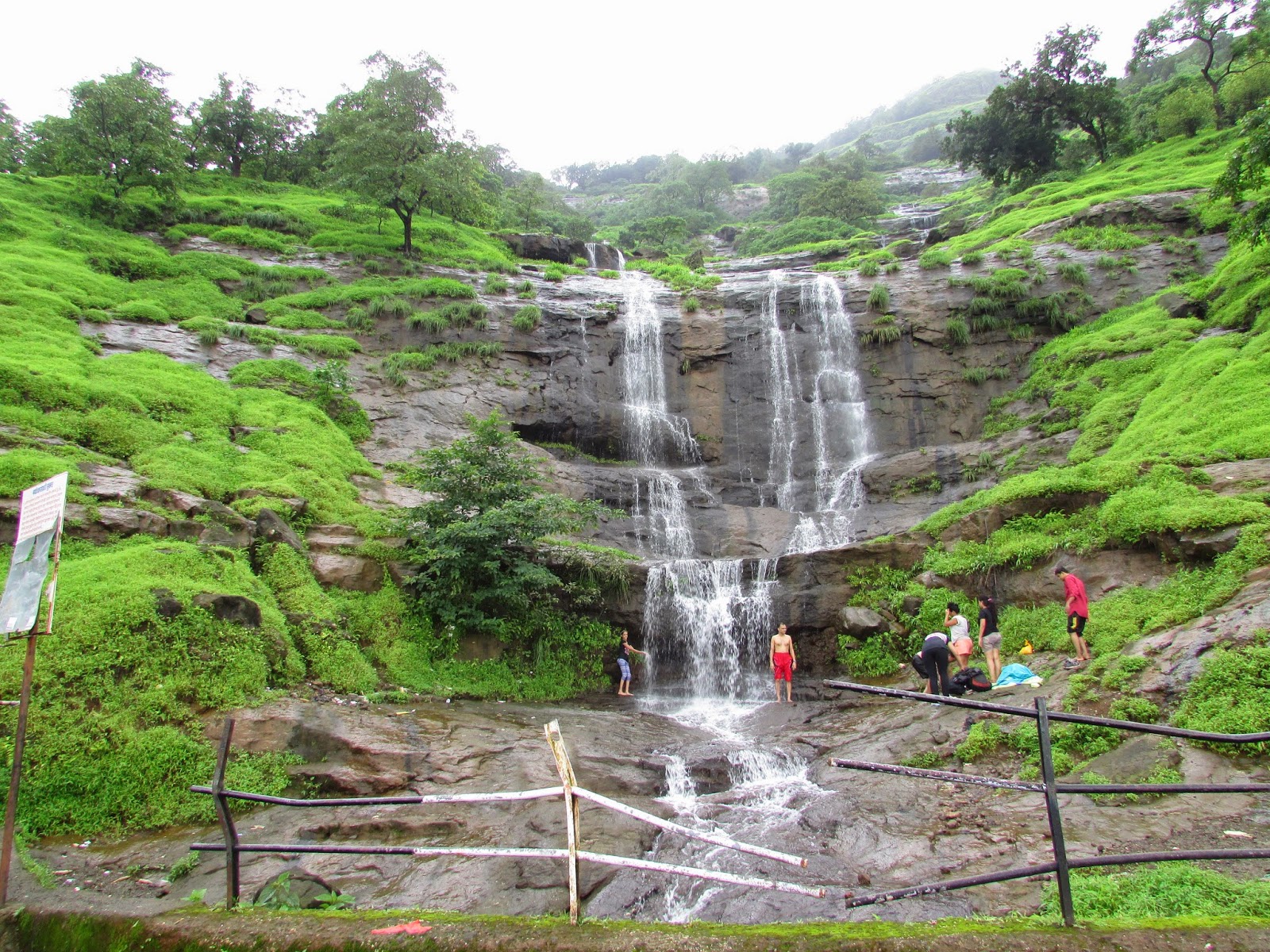 From Dasturi point starts the untouched, rustic woods of Matheran and no motor driven vehicle is allowed beyond it. We took horses while Ma a man pulled rickshaw. 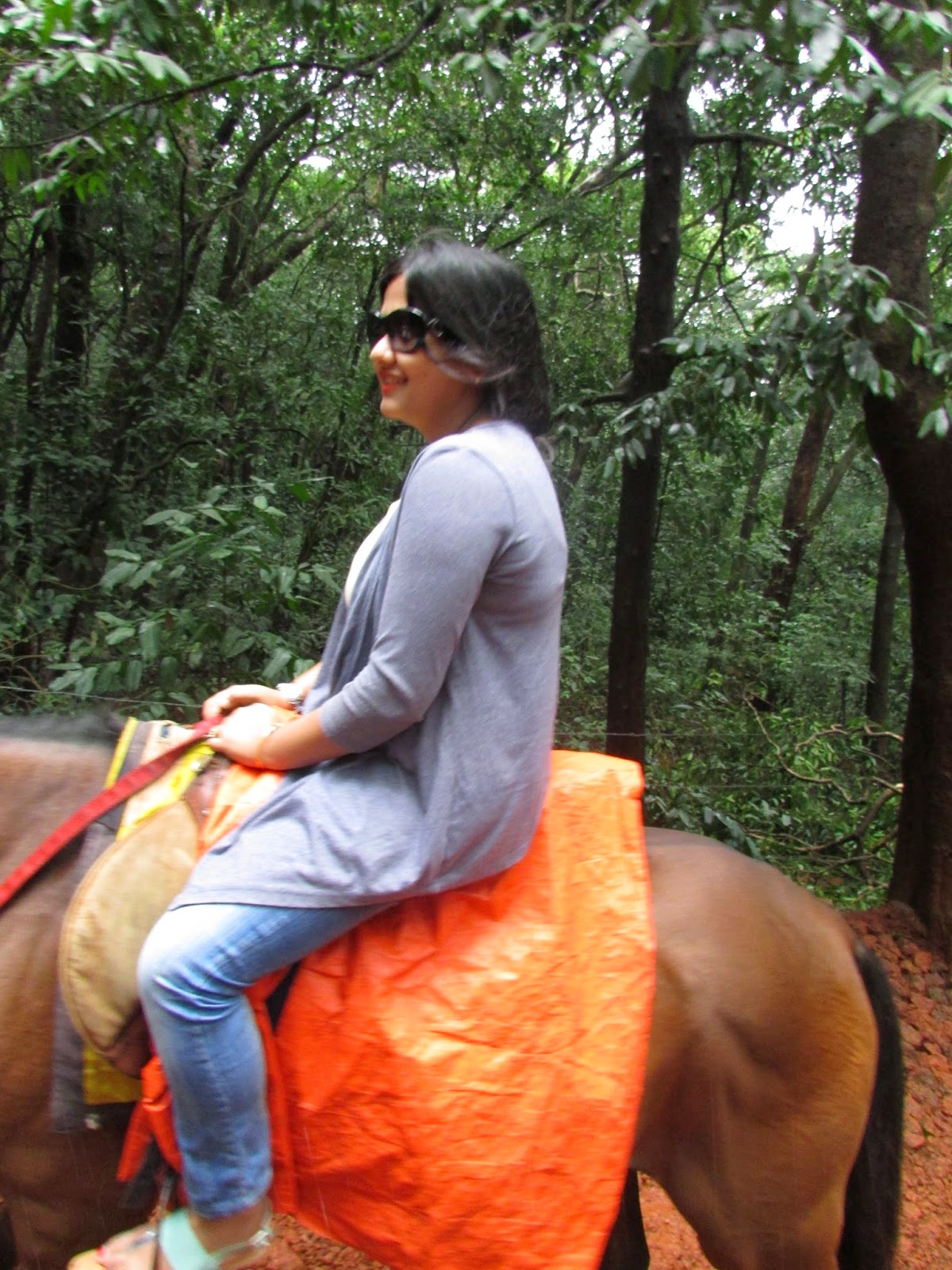 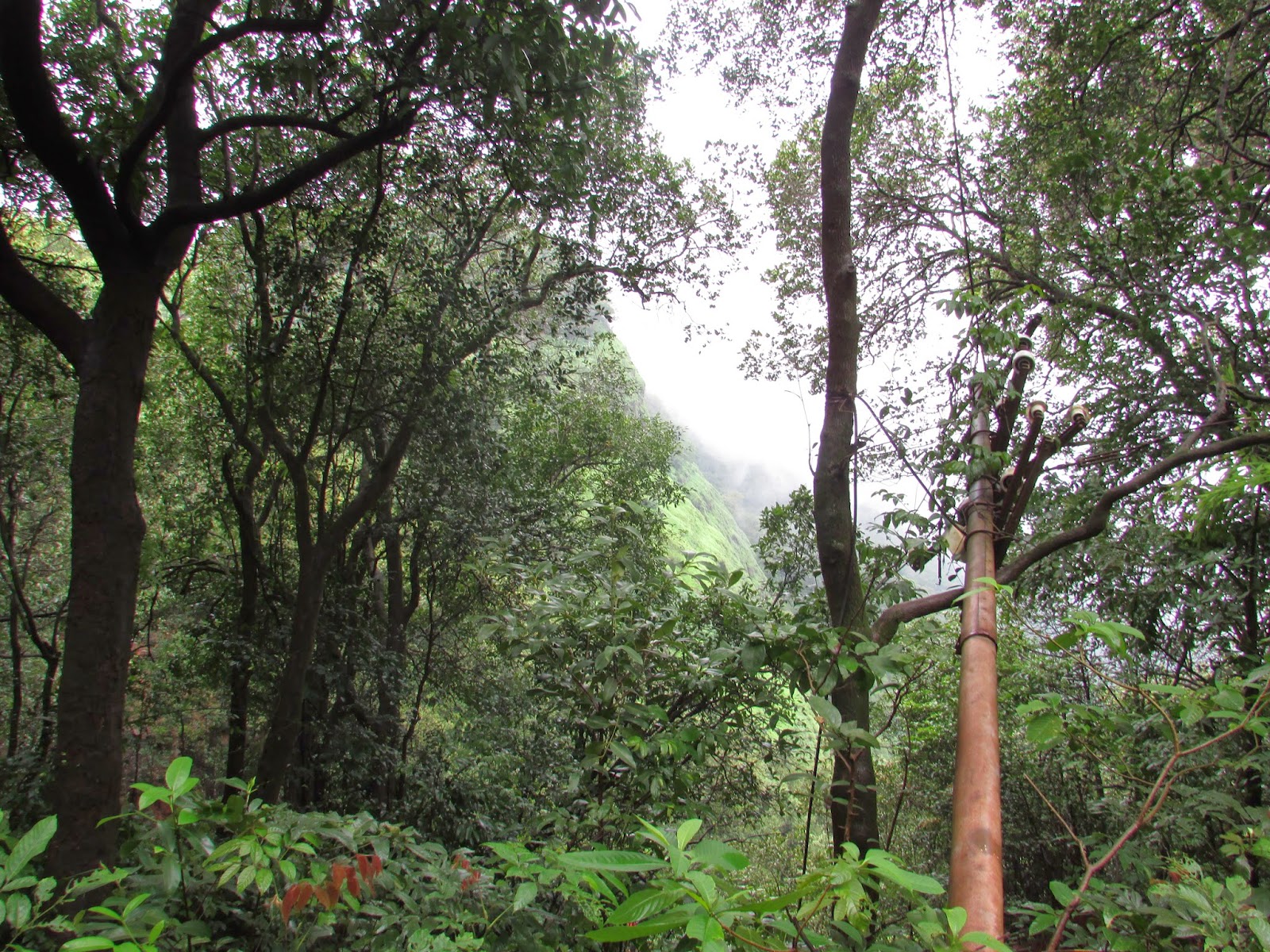 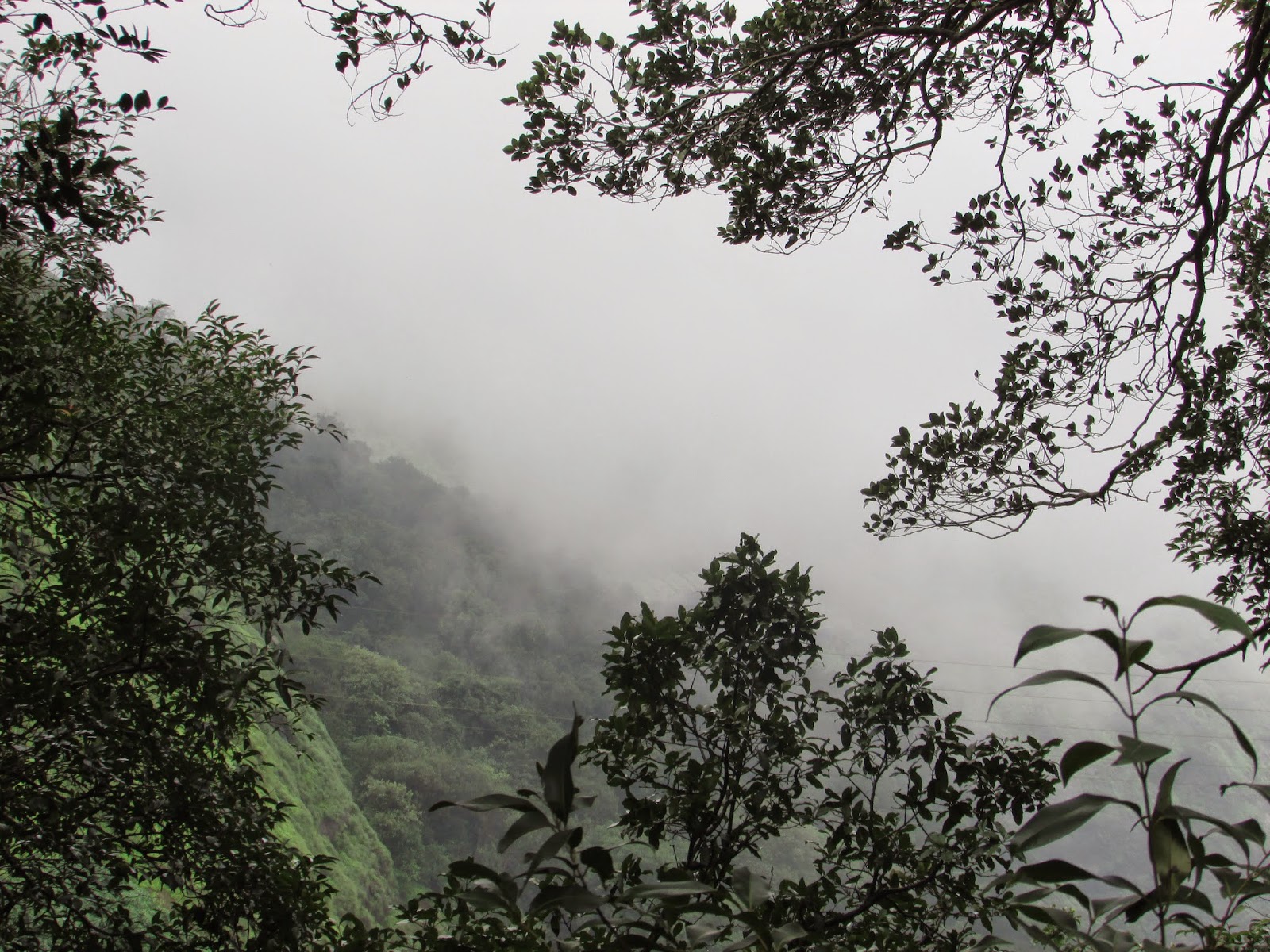 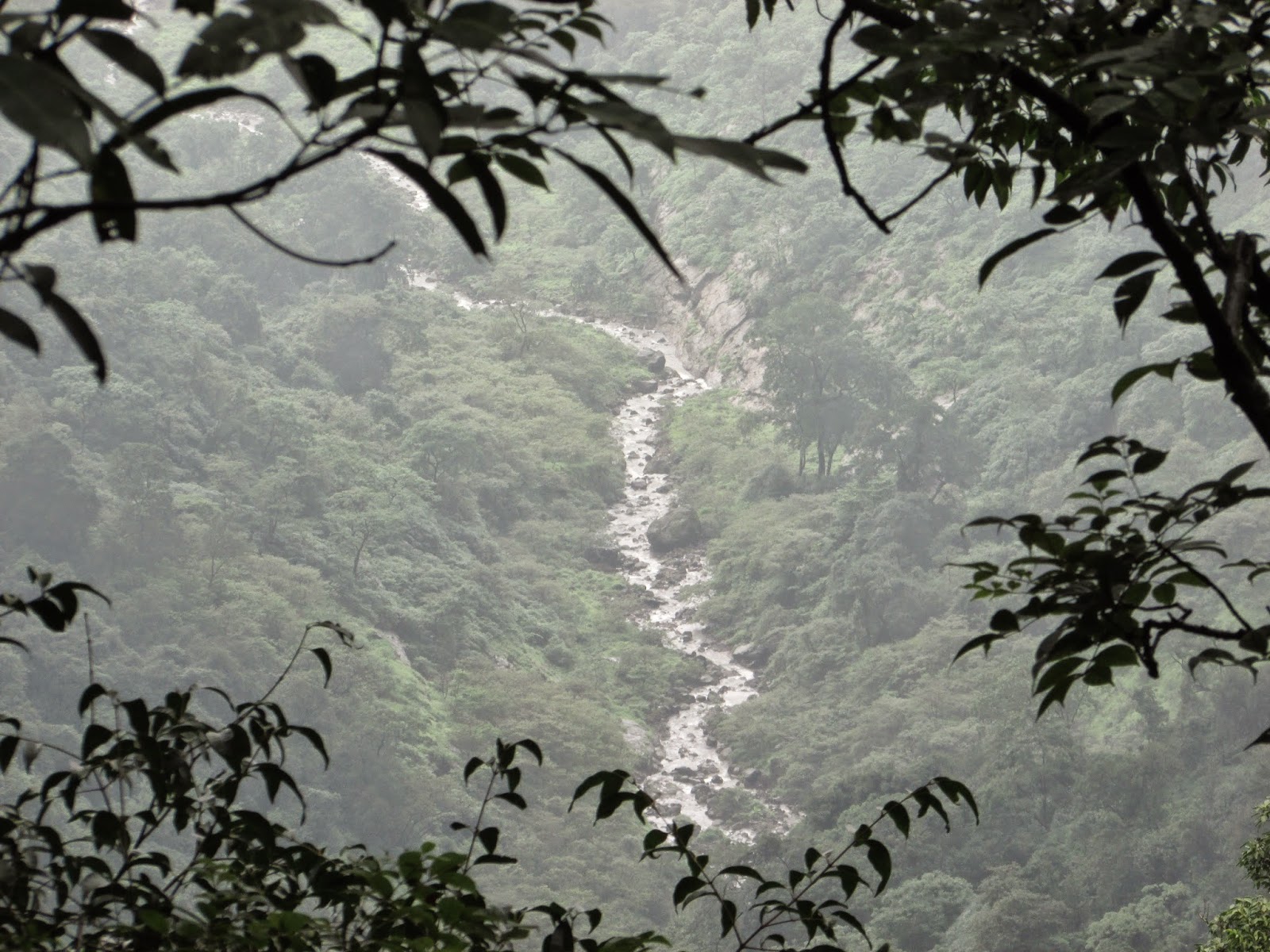 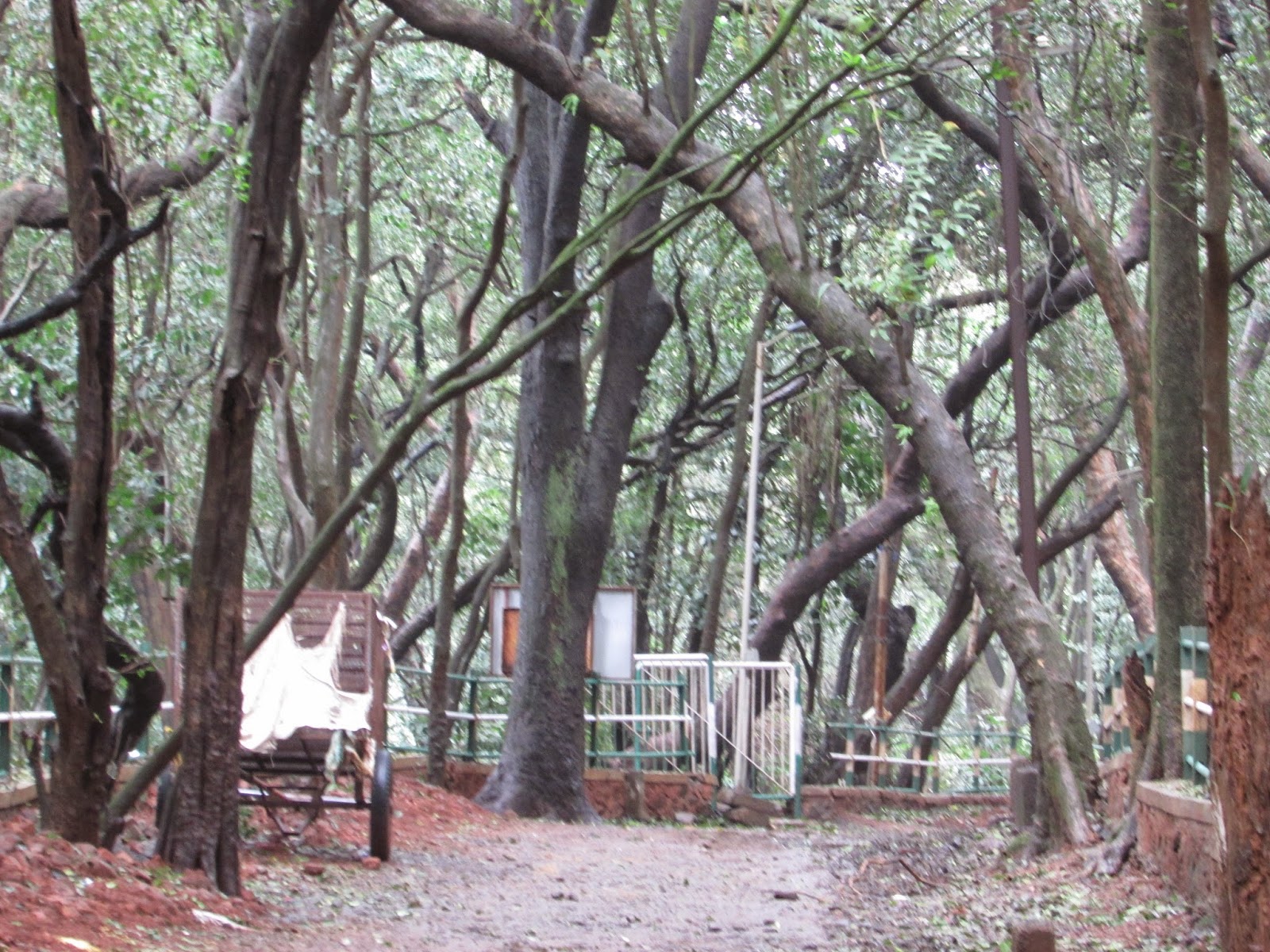 The journey through the words was very intriguing. Muddy and stony roads were surrounded by thick vegetation. Some people walking, some riding horses like us and a few on rickshaws like mom were making their way up hill to feel the majestic yet mysterious woods of Matheran. 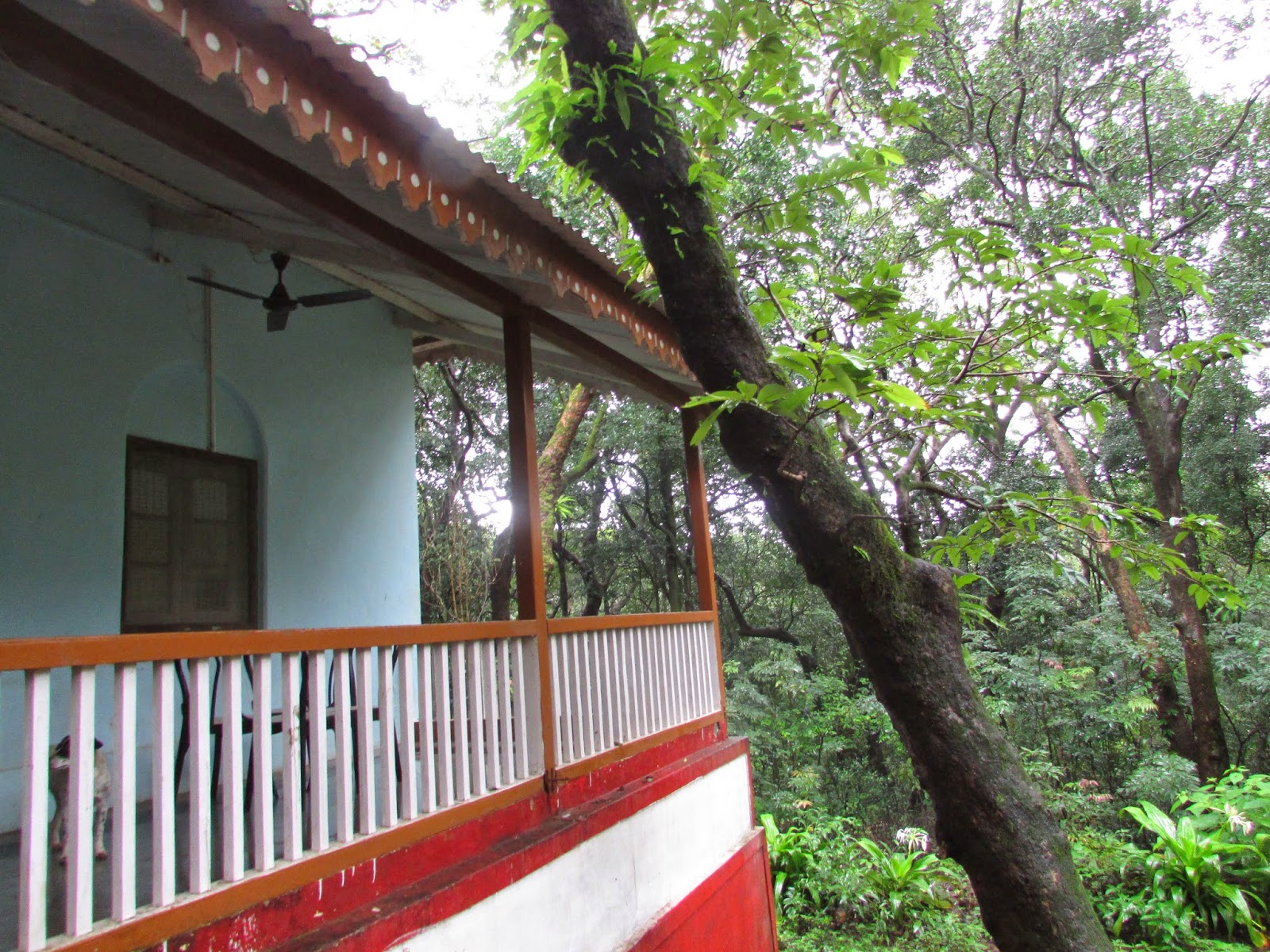 It took us around 30 minutes to reach our destination, Cecil hotel is a lovely property to put up in Matheran. Not because it’s luxurious but because it actually gives you the feeling of staying in the dark woods. The cottages were huge and comfortable; there was no electric bell but a small chime to call for room service. Outside the property premises there was literally thick forest land which seemed to be owned by monkeys. The hotel served vegetarian food only, but extremely delicious. 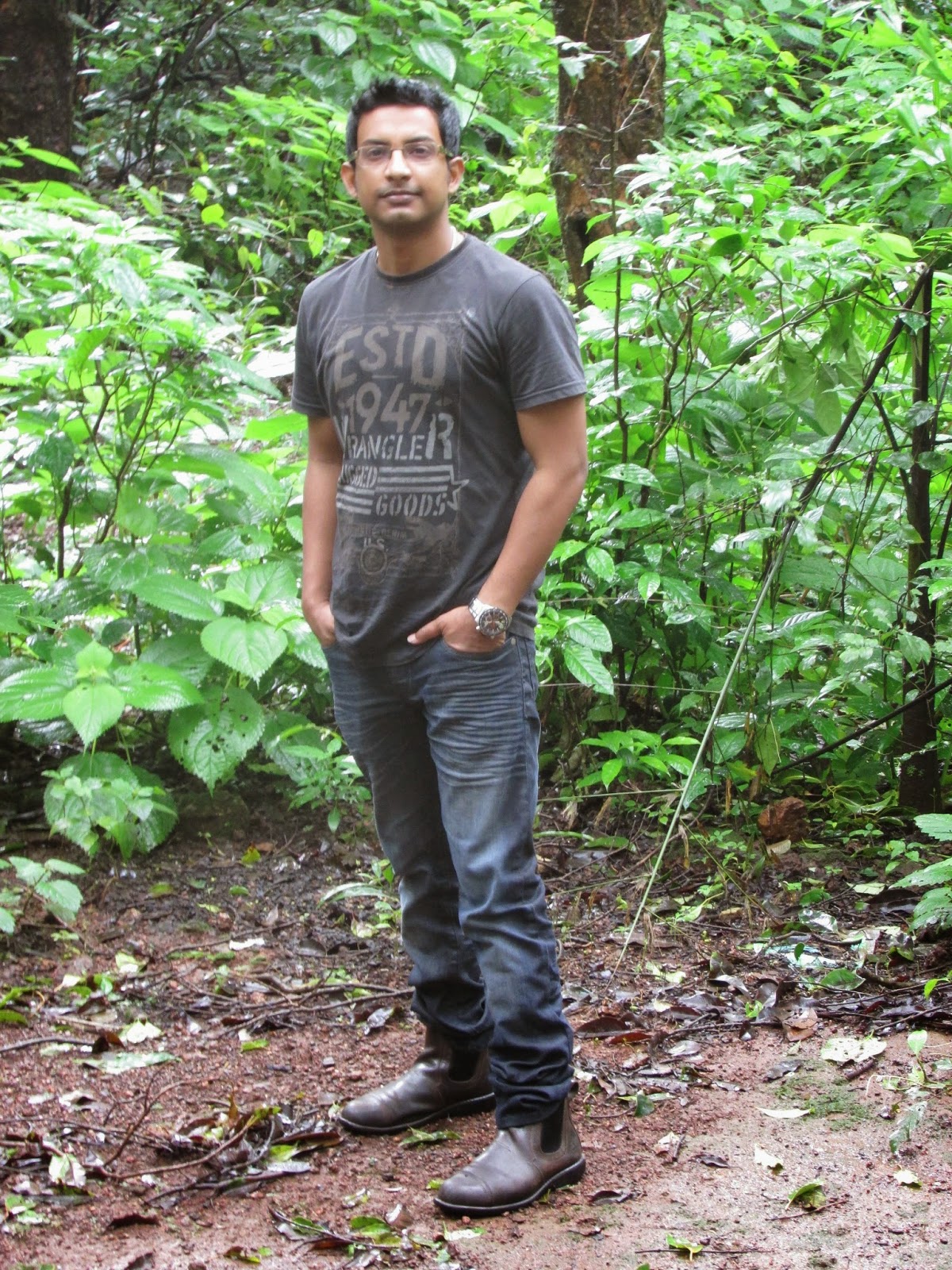 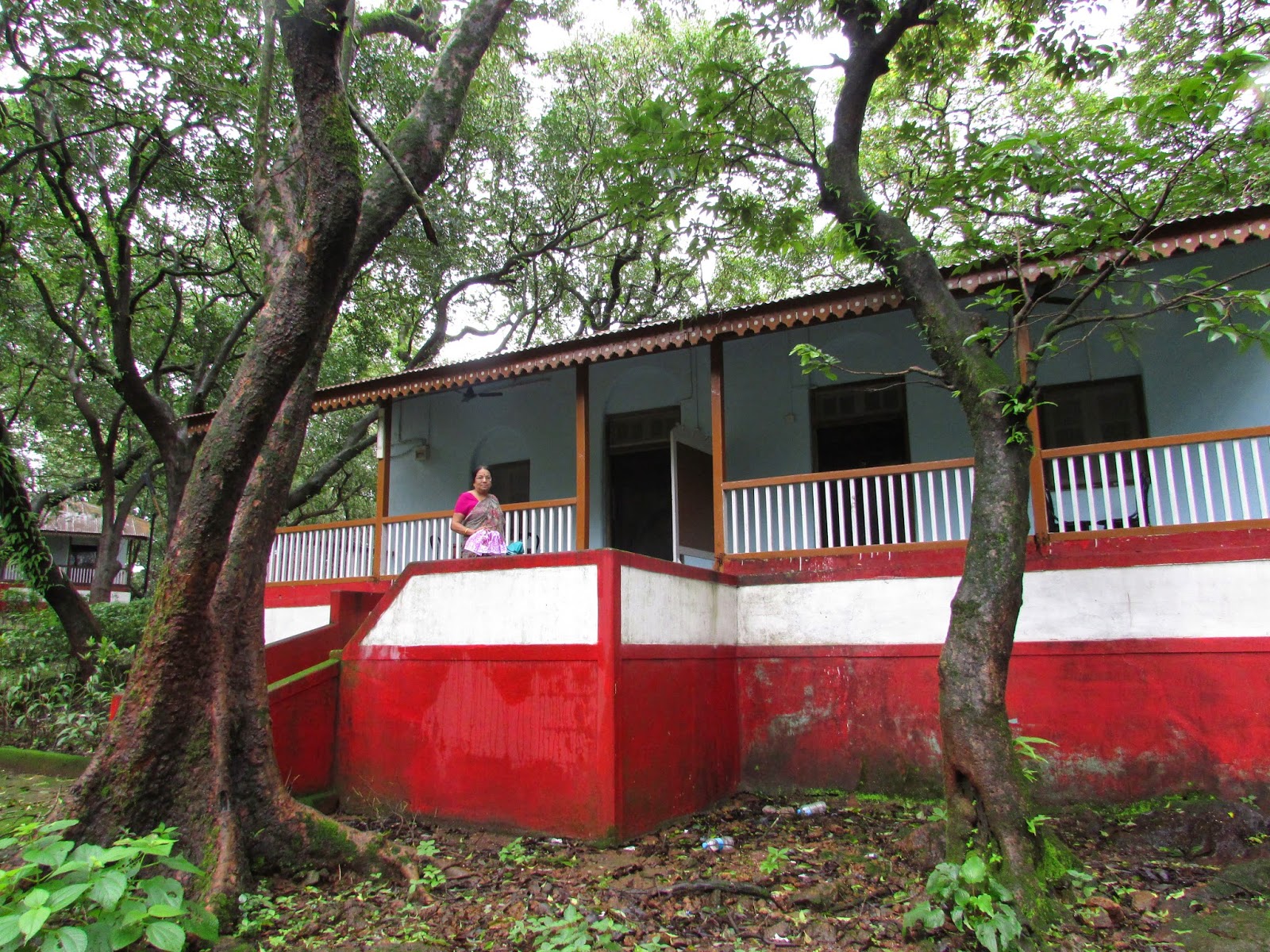 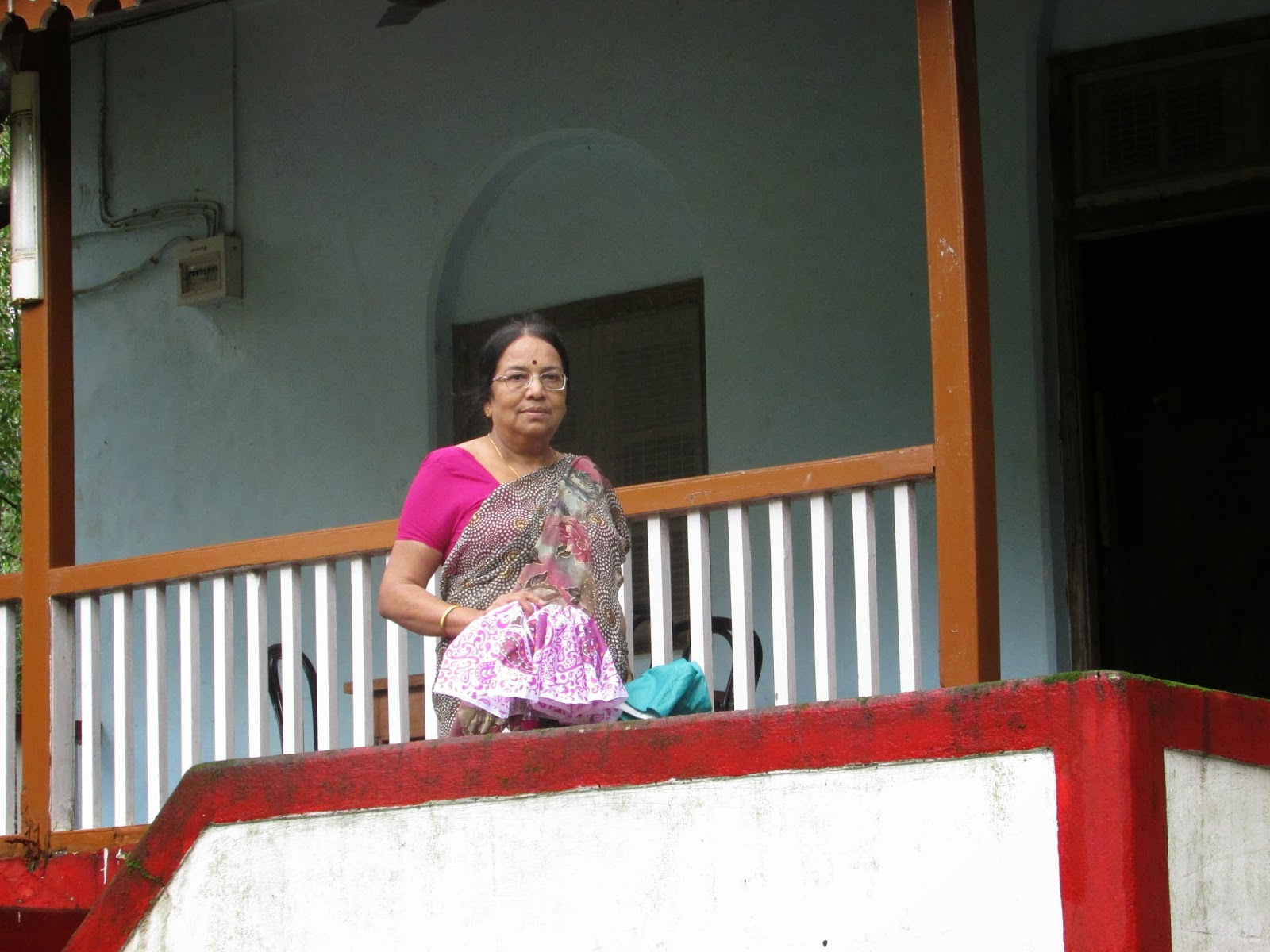 The rain man seemed to be doing overtime that day, incessant raining and mist imparted the forest a look which suits it the most. 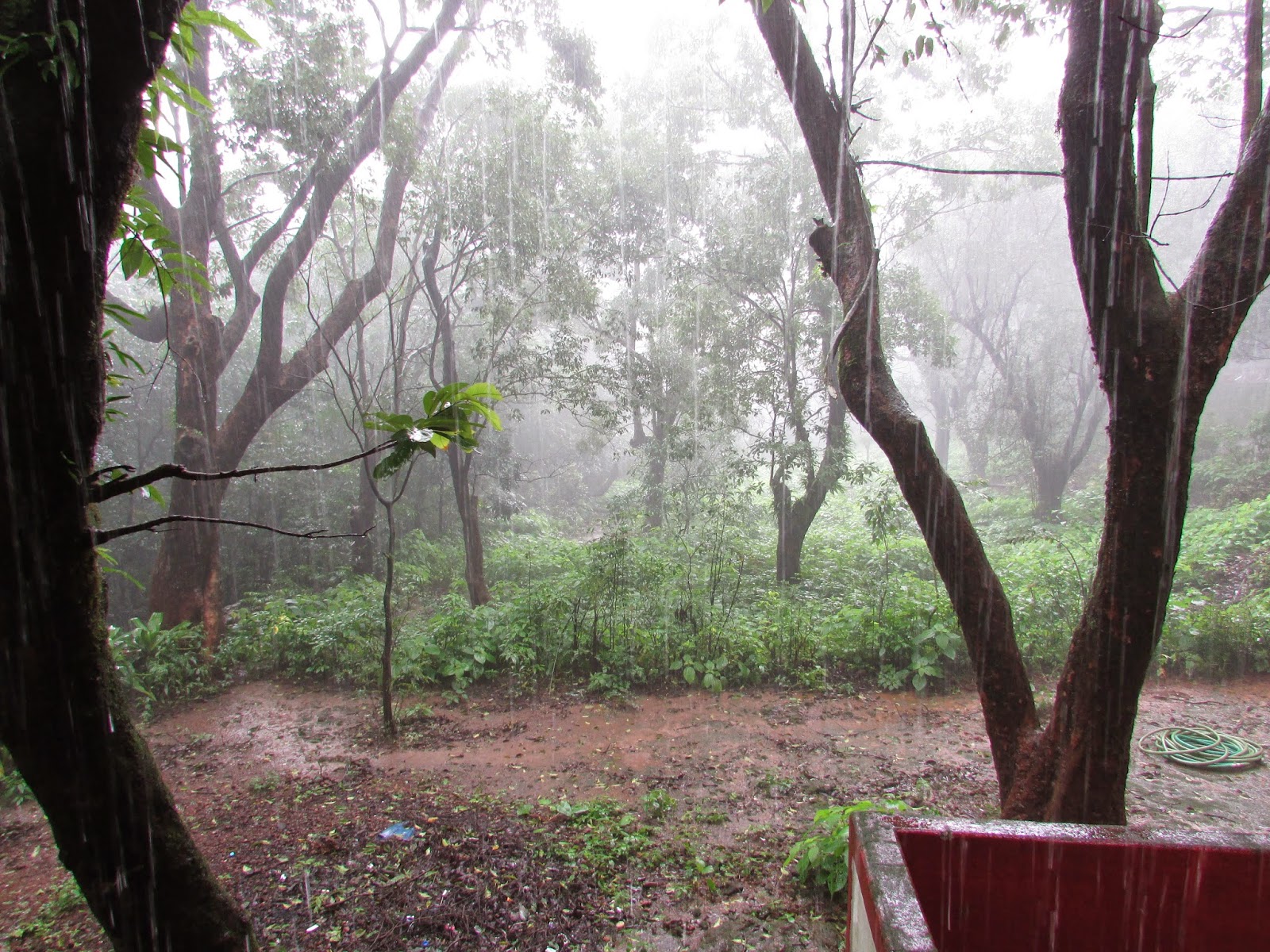 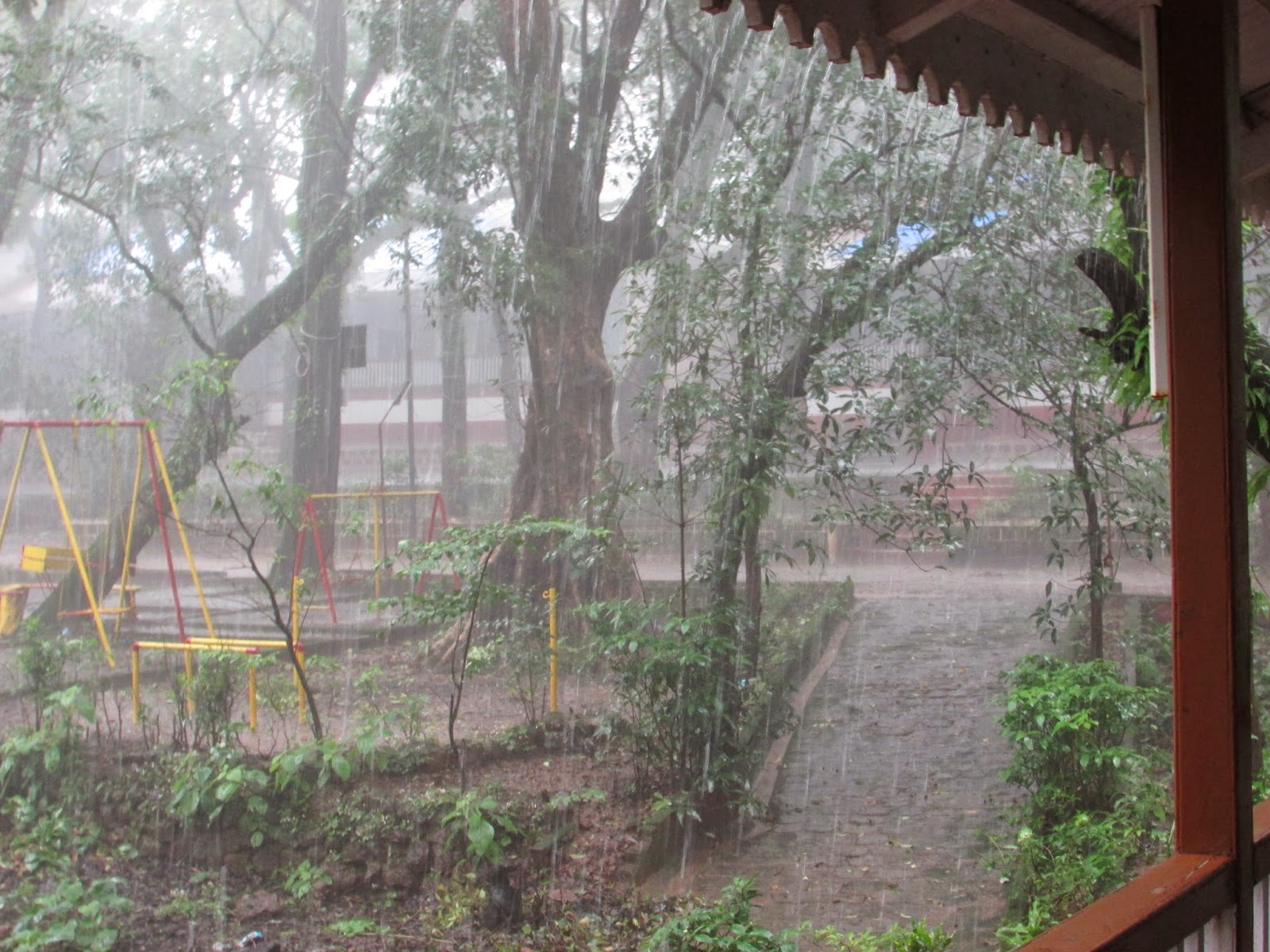 We stood through the afternoon witnessing nature’s extravaganza, it was indeed a sight to behold when the rain caressed the dense woods. A steaming cup of tea was like icing on the cake, it was pure bliss in the chilled forest winds. Dusk descended in full glory, as if embracing the greenery in its dark mysterious shroud. There was mist all around and the distant cries of some unknown animals reached our ears. The feeling of being close to the untouched parts of the wood sent thrill down my spine.

I firmly believe, that the essence of any place is felt when adequate time is spent to actually assimilate its uniqueness. I loved my trip to Matheran to the core and more so because I spent the night to feel its being.

Aritra Chakrabarty Sengupta
Posted by Aritra at 10:31 No comments:

I stand awestruck and mesmerized by your skill
Oh!  An epitome of artistic sense
Never knew shapeless stones would look so graceful and living
of Abu is indeed a spectacular example of Indian art and craft.

Abu a small hill station at the foot of the Aravalli range! Green and grey mountains and colorful people of Rajasthan impart it with a flavor so different from other hill stations of India!

Rajasthan is not a mere state, it’s like a rhythm. Harsh desert conditions impart an urge to lead a life so visibly full of color, that the dullness never enters hearts. The roaring of the fearsome desert winds is out shined by the soothing tune of musical instruments and softness of regional music. No wonder Rajasthan was always known for art and craft. The colorful attire of the local people keeps the spirit of life high and never dying. 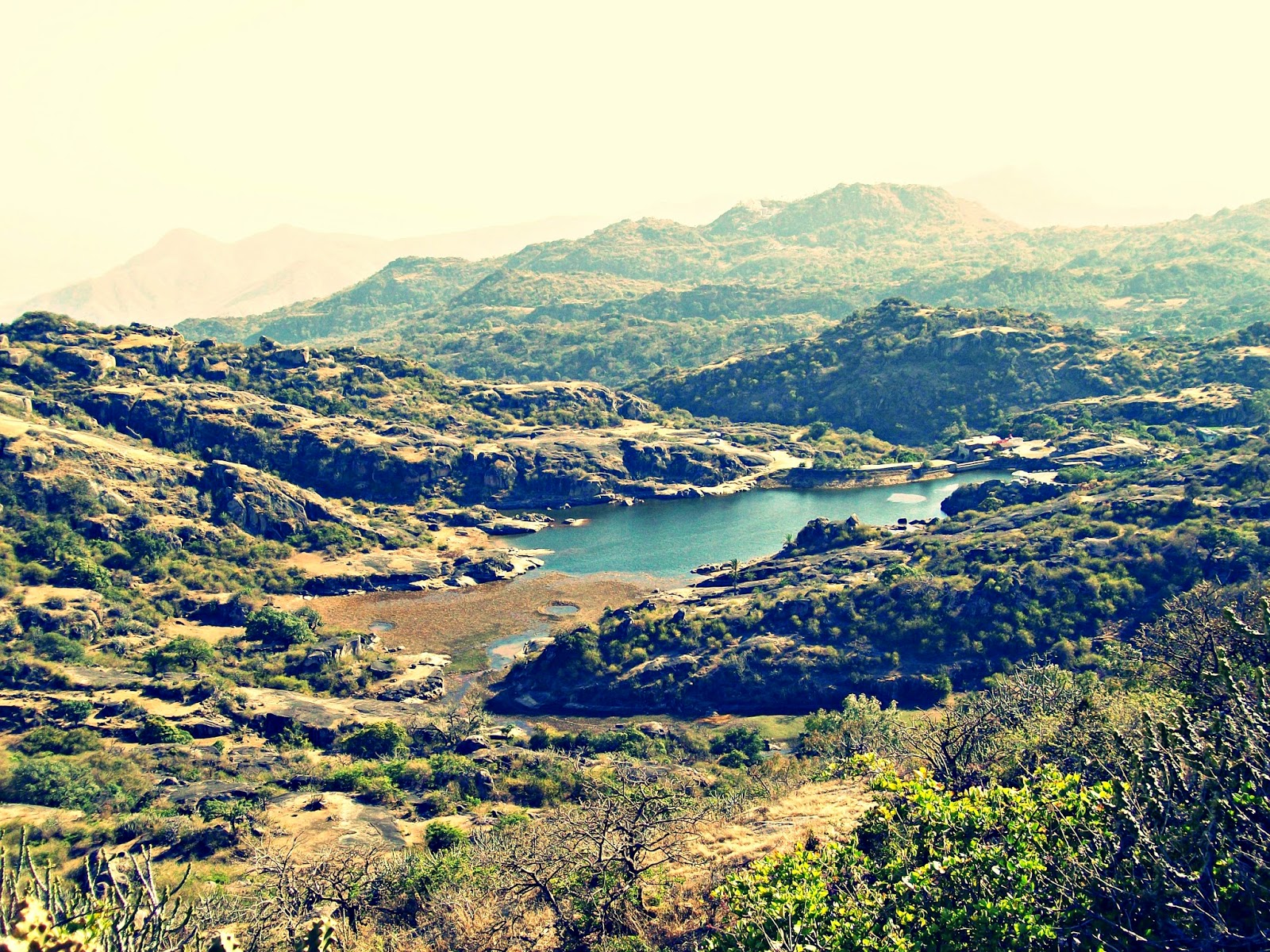 Our short trip to Abu have etched fine sketches on my mind, beautiful valleys to Rocky Mountains, sedate lakes to colorful turbans, however the most magnificent creation was yet to behold.
Our tourist bus, filled mostly with honeymooners moved past the winding roads, couples cuddled out of love and chill in the air. There was an aura of romance and our guide kept the spirit going, with his intriguing and hilarious tales.

After covering quite a few lovely tourist attractions, we reached our most desired destination. was much more than we had expected. In general, Jain temples have beautiful marble work, but here the artist or artists have taken the art to a different level. It is a magnum opus. The intricate detailing was mind boggling. How much skill, time and patience would be needed to create this kind artistic excellence? From the different Gods and Goddesses to the incredible chandeliers all cut out of marble, would leave the beholder awestruck. 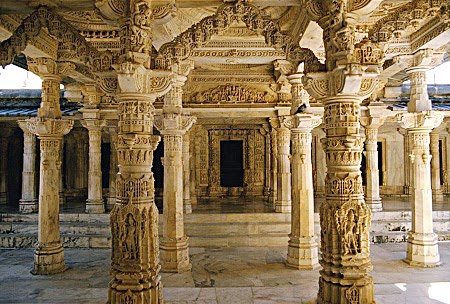 We took a minute to get accustomed to beholding this kind of art. While the pandits narrated the history of the temple, I only kept looking at the work. My eyes drank the artistic essence, just like a hungry beggar would react to food. My ears could almost hear the great craftsmen at work. 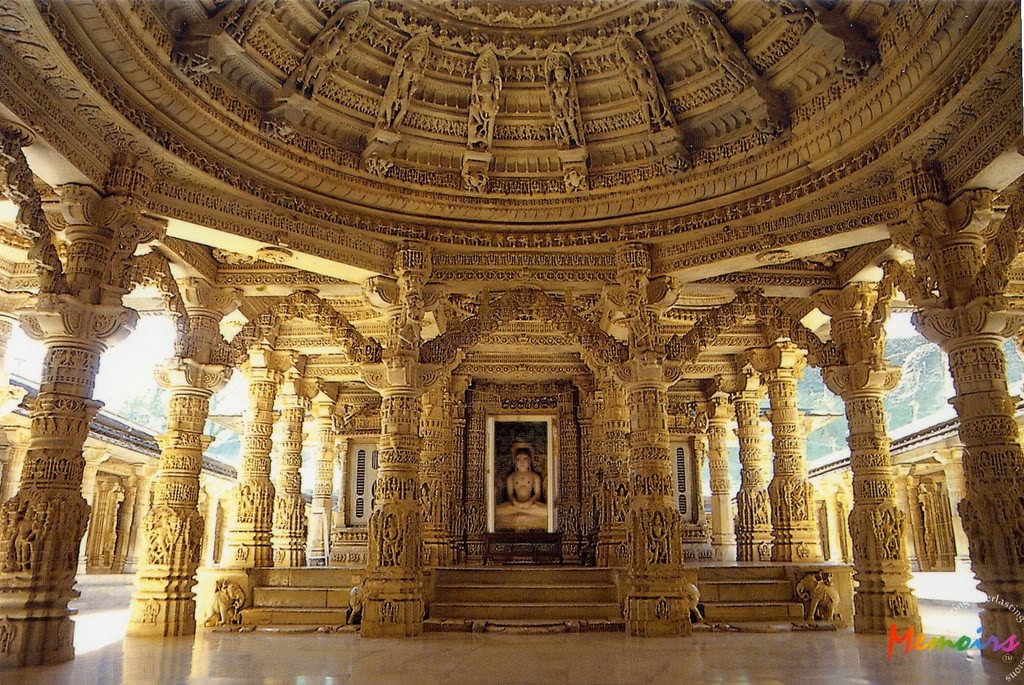 Camera is not allowed inside the temple premises, which stopped us from clicking some lifetime pictures. At the same time, I believe the absence of camera made my eyes and others senses do overtime,  to capture the beauty and assimilate it forever. 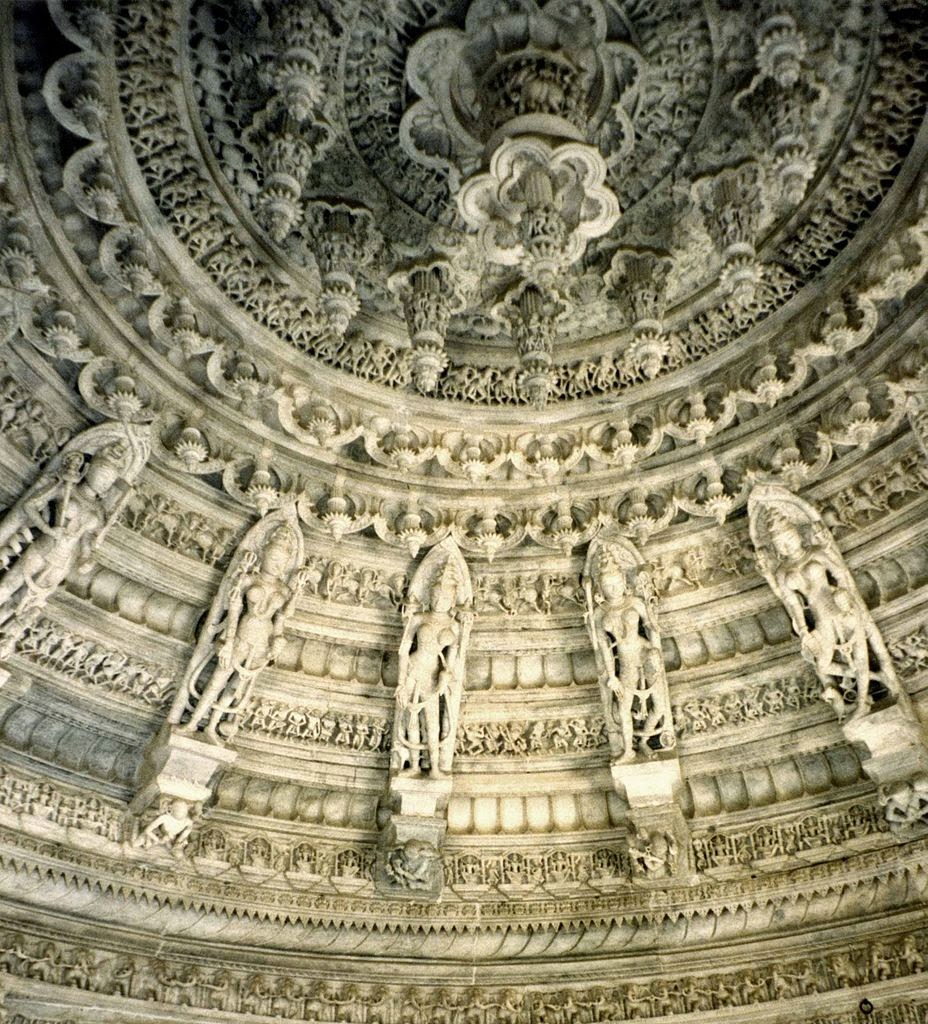