Bombay Velvet- Not a velvety show 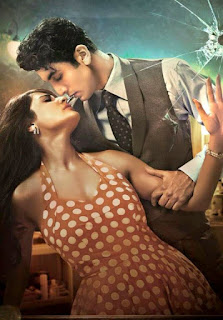 Ranbir and Anushka in Bombay Velvet

This one was a huge blow, from the kind of elements that came together to making it; it was supposed to be velvety indeed. Bombay Velvet, Anurag Kashyap’s latest is more of a Sanjay Leela Bhansali movie, rather than a successor to Gangs of Wasseypur. It is not that I am a hater of Bhansali; he did contribute to the craft before he decided to float in different hues and make over the top cinematic experiences like Devdas or the more mournful Sawariya. Anyways that is Mr. Bhansali’s saga; here we are to discuss what went wrong with Mr. Kashyap. 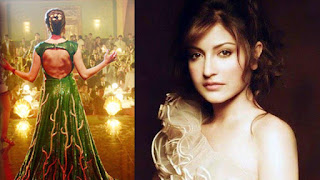 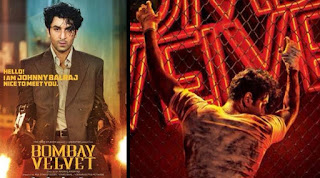 When Ranbir Kapoor, Anushka Sharma, Anurag Kashyap and Kay Kay Menon deliver an output as cliché as Bombay Velvet, it literally leads to disillusionment. The movie is about an era when Mumbai was engulfed in dirty politics and mind games of few power players. In the midst of chaos and delinquency, many a goons rose from the heart of the unprivileged societies and made their way to see money. Their ways were crooked and their minds too. Ranbir after a Besharam and Roy plays the character of Balraj, a guy grown up in the dark dungeons of poverty and prostitution but aims the sky. His character’s rustic ways, street fighter attitude and possessiveness, is enacted well by the actor, as expected but all these could not come together to create any magic on screen. Ranbir is a real favourite, but his latest choices have left admirers of his craft heart broken. Anushka, as Rosie, the sexually abused jazz singer, also does justice to her character, but again failing to create any spark. Together the leading pair had a sizzling chemistry, but without any solid story line, how long can the audience be wooed with chemistry and biology? For that we can refer books. And now, the debutant director/producer turned actor, Karan Johar as Kaizad Khambatta, an impressive name for sure, suits a power player, but not him. Though he was not a complete mismatch for the character, but borrowing a word from Karan’s patent vocabulary, I would say, it was too cliché to attract any attention! Khambatta’s relationship with his super hot wife, his running fingers on Balraj’s hand, give a slight hint towards his sexual choices, but the narrator neither opens it nor closes it, and the ultimate effect is nullified. I believe Mr. Johar can be better on screen if he does characters that suit him more. 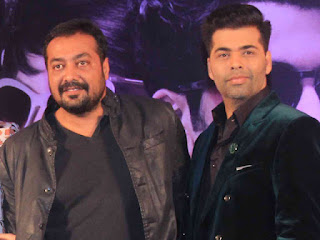 True Mr. Kashyap, who earlier made smaller budget, meaningful stuff, fumbles on the path of big budget movies like this. The attention given to recreating the era, is appreciable, the cast great (mostly) but with the kind of skill Anurag comes with, he should have known that serving the same old story packaged in an embellished box, will not earn him a blockbuster. Yet having said all these, I still keep faith that these stalwarts will move ahead of this failure and continue to making great cinema. Afterall “Gangs of Wasseypur” needs a successor and a worthy one. In the last season of “Koffee with Karan”, Anurag had commented that Ram Gopal Verma is past; true it is but sad it is. For the maker of “Pyar tune kya kiya” and many other awesome climatic excellences, this downfall must have been painful. I hope this is not what awaits Mr. Kashyap. I am not a part of this movie business, yet I love art of any form, and I believe when an artist sees the downfall, atleast another artist shouldn’t make derogatory comments.

So here’s wishing best of luck to the team for their next venture and also to the people who plan to watch the movie. I hope Mr. Kashyap’s next fulfils the expectations of the audience, who spend their hard earned money for a piece of entertainment and in returns gives celebrities a super luxurious life. I guess it is their responsibility to make cinema which is worth watching.